The history of the paintball gun begins in the early 1970s, when it was used as a tool for marking trees and livestock. Charles Gaines, Hayes Noel and Bob Gurnsey were the first people to think up a new way to use the guns.

In 1981, twelve friends played the first recreational paintball game using these industrial paintball guns from the Nelson Paint Company on a field measuring over 100 acres (with no masks or safety equipment!). Long stretches of quiet, with people busy stalking each other and worried about whether they were being stalked, were the norm.

One of the first names given to the sport that we now call paintball was “The National Survival Game.” This name reflects the nature of paintball as it was first played – a small group of friends getting together in the woods to play total elimination games. Sometimes the friends broke into teams to play each other, but most paintball games were “every man for himself.”

Over the years, recreational paintball has become more sophisticated. Because more people were playing at one time, using teams became the standards. Different game variations began to form. The most popular paintball game became “capture the flag”, but offensive/defensive scenarios also were popular.

As the number of people interested in paintball grew, so did the development of the commercial paintball industry. Since then, the game has exploded into a multi-million dollar sport with amateur and professional tournaments across the United States and in Europe, offering cash purses and prizes in the hundreds of thousands of dollars. Today, tournaments are sponsored by companies such as Budweiser and Pepsi-Cola and many more. 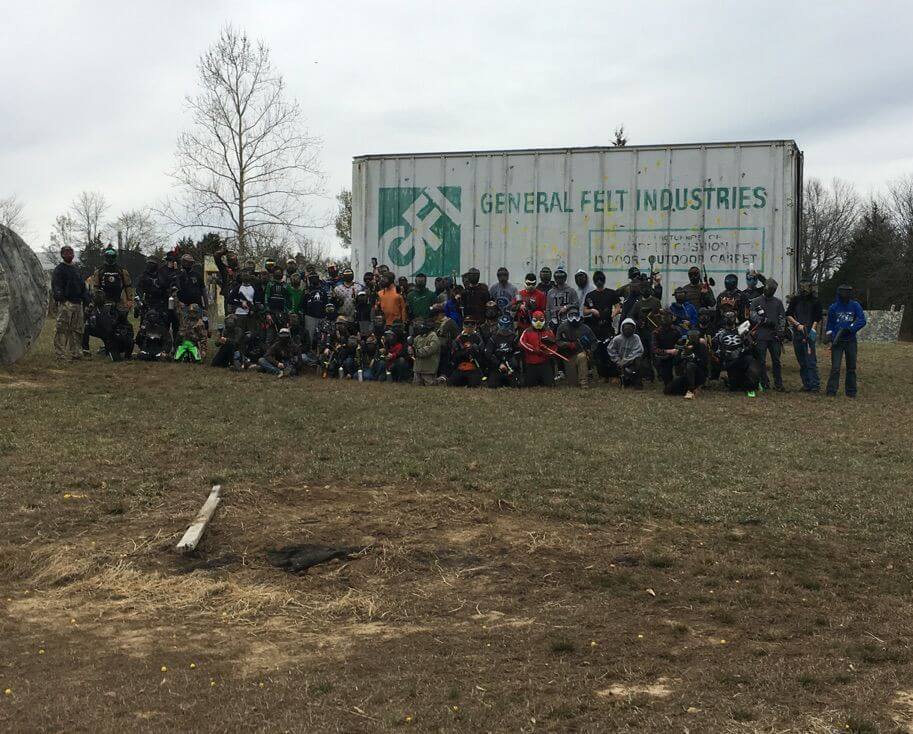 Well, combine the game of capture the flag with chess, mix in hide ‘n’ seek and add a large dose of adrenaline. Paintball is challenging and fast-paced. As few as two or as many as you want can play.

The basic game has two teams, each with its own flag station and matching color armbands. Each team starts at its own flag station. A starting signal is given and each team tries to reach the other team’s station, grab the flag and race back to its station. When a player gets tagged-hit by a paintball-s/he is out of the game. If a player is carrying a flag when tagged, s/he must drop the flag at that spot, then leave the game

Playing fields vary in terrain and in management. Some fields have fixed stations and play areas for simple operation. Others rotate stations or change play direction every three months. If a field lacks vegetation, owners may use old tires, wood pallets and plywood to create forts, bunkers and other places for players to hide. A good field will provide a day of excitement, challenges and fun.

Bunkers are man-made structures on or in the ground. These are highly defend-able positions used as stepping-stones for advancing or retreating.

Referees are on the field during the game. They check players to determine if they have been tagged. Refs can and will remove players who violate safety rules.

A player raises his/her hand to show he or she has been hit.

Once a player has been tagged, he/she cannot talk to or signal players and must leave the field across the nearest boundary tape. Then proceed to the designated out of bounds and back to the field entrance.

Each team starts at its own station. One or more players stay near to protect the flag.

Each field has well-defined boundaries marked by colored tape or ribbon. Players must stay within the boundaries.

Different games and fields have different time limits. This speeds up the action and prevents a game from dragging on for hours

The basic equipment needed for play is:

Paintballs are not made of paint. They are soft gelatin capsules (the same gelatin as in jelly) containing a mixture of vegetable oil and food colour. They are nontoxic and biodegradable. 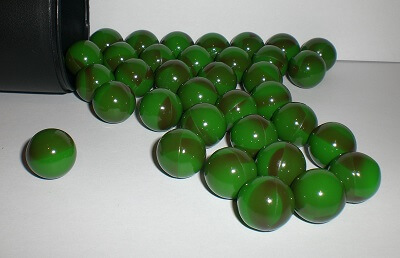 How Markers Velocities Are Checked

The paintball is fired over the machine. The radar picks up the paintball and records the speed of the ball on a digital display.

If the marker is firing paintballs at over 300fps, it is adjusted to lower the velocity.

The first chronographs used light. The paintball was also fired over the machine. Light entering the machine was broken, starting a timer. The machine measured the time the light was broken and calculated the velocity of the paintball.